In case you’re not super minimal like we are and don’t already know, Richie Hawtin is the Berlincoolest musician ever. His label, M-NUS, is celebrating its 10th anniversary with, among other things, a blue lighted cube (pictured left). Ali Demirel, visualist for Richie Hawtin, includes Quartz Composer in his arsenal of interactive and realtime media tools, and has been using a couple of Kineme tools to control and interact with his visuals.

He used Particle Tools to get some interesting effects in the visuals displayed behind the musicians during their set. He modified the “Fire” sample to fit with the other visuals and the music.

He also used Kineme File Tools String with URL to access the information acquired by the Cube. Members had RFID chipcards, and it would get their name whenever anyone held up their RFID chipcard to it. Demirel then chose the right moment to display their name in the visuals.

For an interview with Mr. Demirel, including links to videos, check out the full story on Kosada.com. PHP 5’s spl_autoload_register() function has been around since late 2005, yet documentation on it is still pretty sparse.

spl_autoload_register() does basically the same thing as __autoload(), but – instead of being a callback defined in the global namespace (reminds me of ON ERROR GOTO in BASIC) – it allows you to add your autoload handler onto the end of a chain of callbacks. Useful if you don’t want to clobber everyone else’s autoload code. 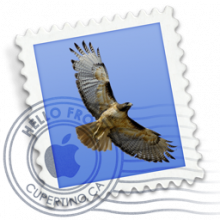 Remember those weird things we built for PURE a couple years ago, and posted creepy photos of? Well it’s become a traveling freakshow of stochastic electronic goodness, appearing after its initial Boston display at electro-music 2007 in Philadelphia, and soon to be inflicted on the public again at Notacon in Cleveland, April 4th - 6th, 2008. Come check it out, and we might lovingly assault your ears with our mental vibrational energies if you’re lucky. 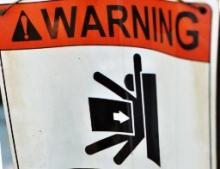 But don’t give up yet, all you burgeoning totalitarians out there! For here I shall reveal a much simpler (albeit slightly less efficient) method of voting fraud. Here is what I learned in my absentee-ballot-casting experience. Oh yeah, and dear internets: please use this for good and not evil. And also don’t use it at all. Conventionally, a storage medium will report its life expectancy in terms of MTBF, or Mean Time Between Failures. This is often measured in hours. However, it’s not always this simple. Usage patterns and environmental characteristics take a heavy toll on how long our storage devices last.

Lately I’ve been working on integrating (or, more accurately, attempting to integrate) the Python scripting language into some plugins for an application we develop plugins for. We’ve wrapped many libraries with varying levels of success, so this one wasn’t going to be much different. Or, so we thought.