Whiter than a Hatfield Family Reunion 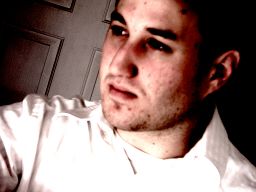 [Editor’s note: This post (including the above title) was written by mradcliffe immediately following a day spent with project ruori. It is unedited and uncensored, and is presented to the reader as a demonstration of the deleterious effects of association with said collective.]

It was brought to my attention a couple of weeks ago that I would be “performing” with project ruori at PURE. I wouldn’t say “brought to my attention.” More like “forced upon my sleepy eyes as I sat entrapped away from my own home.” I had only planned on seeing Phung before he left, but poor logistics and fate led me to PURE. These past few days I have watched Robert and Steve hammering out the technical details, Tina nervously trying to keep the project focused, and Beth helping out all around. And then we have me.

Previously on the Radcliffe channel we find our hero working on treespin before it was treespin. The result being a set of recursive -based scripts that proved some of the parsing issues between the treespin core and plugins in that previous version. Other than my softpixel e-mail account steadily accumulating more unwanted e-mail I ascended into the bliss of middle age.

Back to Saturday. After several hours of looking at others we finally got to the nitty gritty: why I was there. Yes, even though I had been “selected” I had not yet known for what I had been selected. After much deliberation it was decided that I would represent “demand” or “the consumer.” “The controller,” yet “controlled.” Robert quickly chimed in about how the Man usually sticks it to the consumer. Fortunately this is a PG production and if it wasn’t you would be certain that I would explain how much the consumer screws the Man.

Sunday. I returned to the condo not knowing what to expect. In the evening everything was ready to go. Music was about to be made. Well not everyone was to make music. The Plinko Machine in its almighty wisdom had decided that Tina would not be allowed to play. It even taunted her. The machine activated the instrument and allowed her to play only for but one second before once again shrouding her in darkness.

The performance slated for next Saturday will hopefully reflect similar images and emotions. The uncontrollable nature of the machine constrains us to time limits, budgets, and even to creativity. I’ll just look forward to vodka and marshmellows.

I am now sad that there will be no vodka, only marshmellows. A trip to the local liquor store is in order.